How about a refreshing summertime treat?

Check out my soft serve treat made with coconut milk! 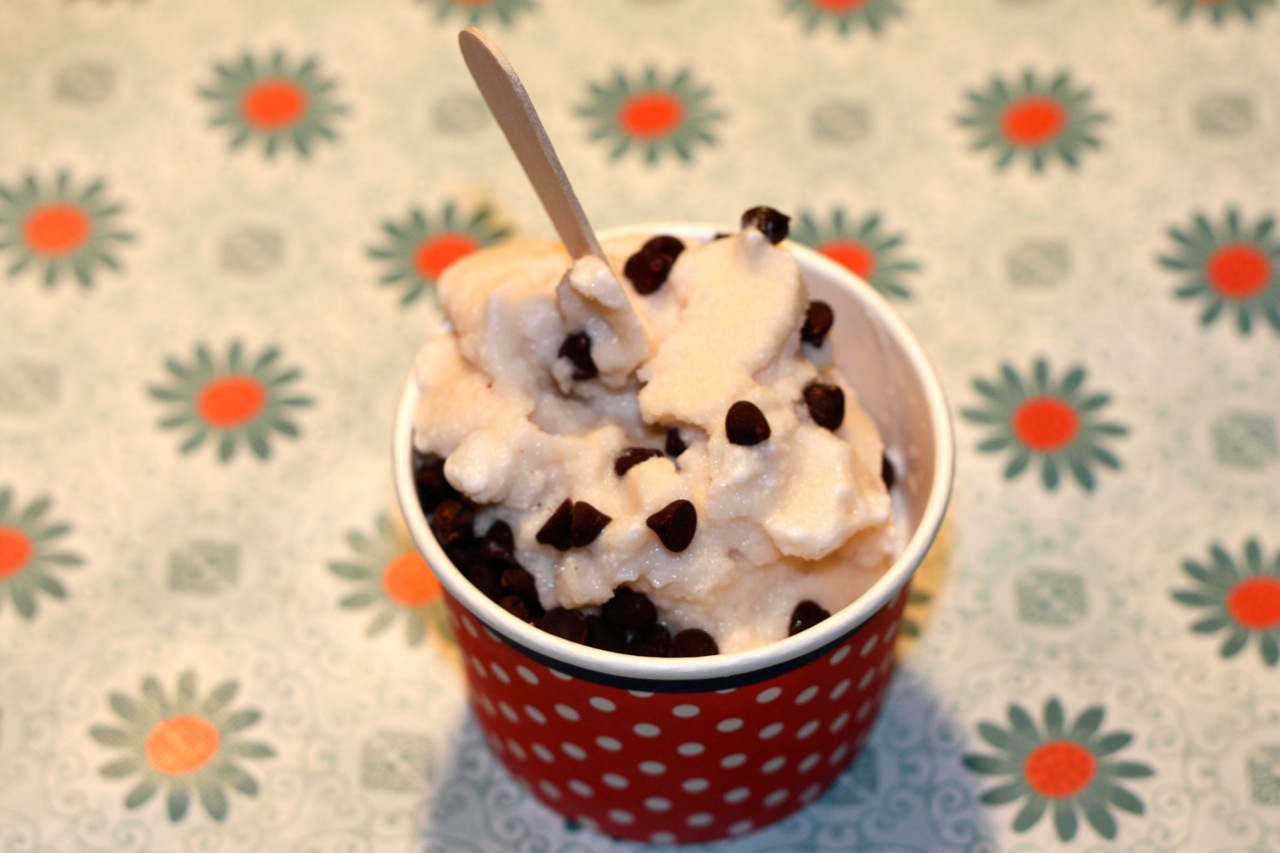 This is a great option for people with lactose intolerance (me being one of them!)

I’ve been sampling some of the alternatives to cow’s milk and have been pleasantly surprised.

I tried almond milk which definitely had a hint of nutty flavor and then tasted coconut milk that had a very, very subtle coconut flavor.  I know brands vary but the one I tried was very mild.

The coconut milk beverage I used only has about 45 calories per cup.

I was inspired by a post on Pinterest that mixed milk, vanilla extract, brown sugar and a few chocolate chips and made them into frozen popsicles that tasted like cookie dough.  Really, who doesn’t like chocolate chip cookie dough? MMMMmmmm.  I tried a version with the almond milk, but it had too much of an ice-y consistency to it, so my daughter Chelsea suggest I try freezing my coconut milk (I used small plastic containers to freeze my milk BUT an ice cube tray would be perfect!) and blend it in my Ninja blender with some brown sugar and vanilla extract and just a splash more coconut milk to create a soft serve ice cream consistency.  And, this was definitely the consistency I was hoping for! 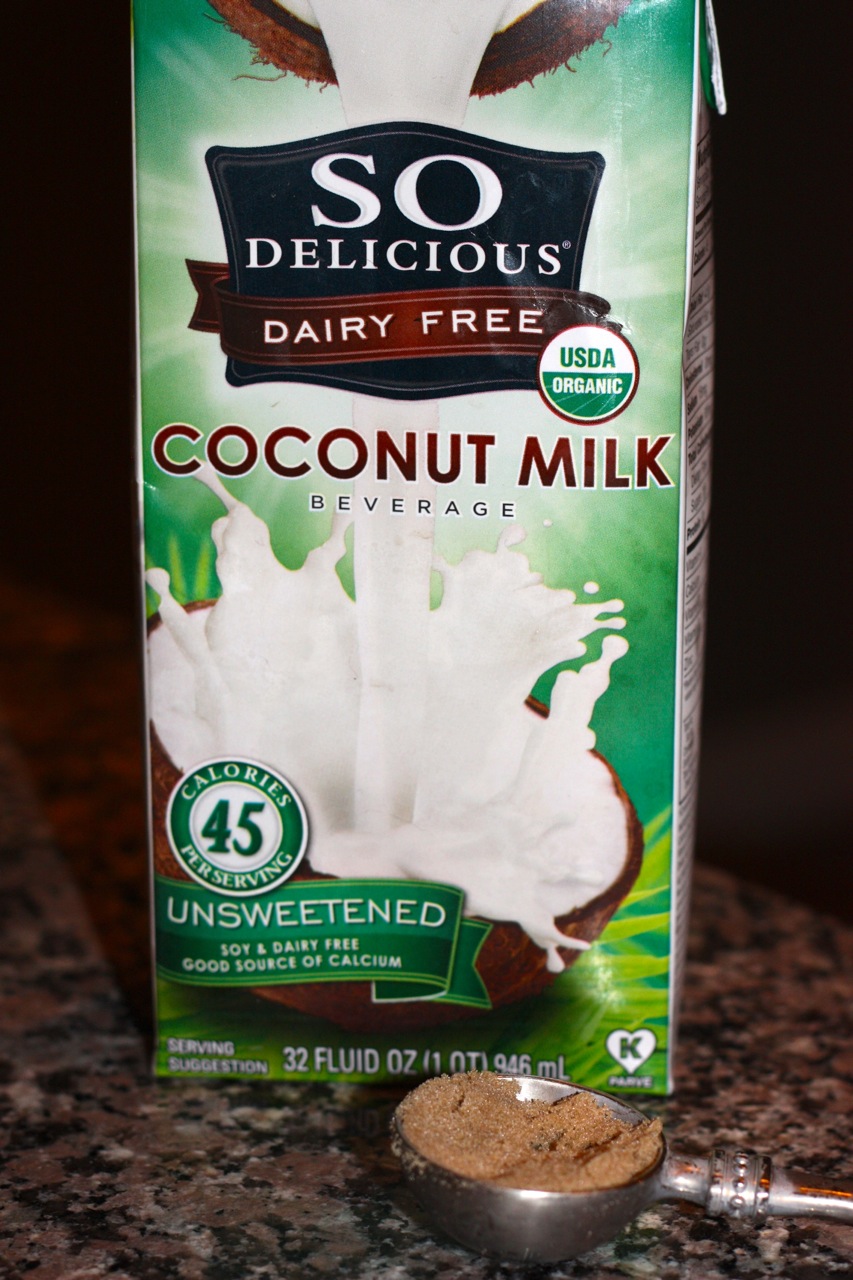 It was really refreshing, light and tasty.  The soft serve on it’s own is a dairy free, low FODMAP treat.

Of course, I added some mini semi-sweet chocolate chips but they are optional. 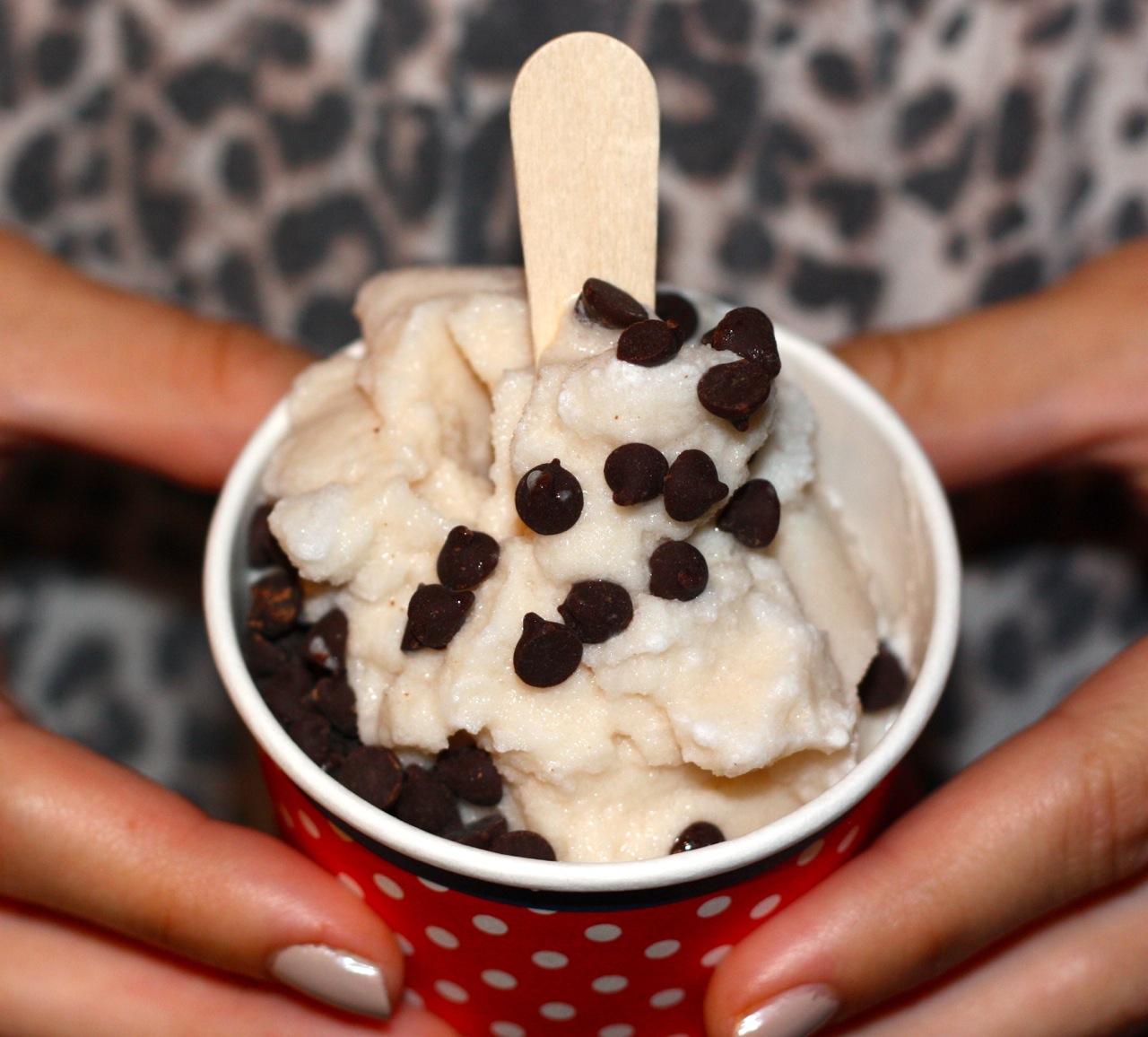 Since I didn’t have an ice cube tray available, I just filled up this small plastic container to freeze my coconut milk in…you don’t want to freeze too BIG a ‘chunk’ of coconut milk as it will be hard to break up in a blender! 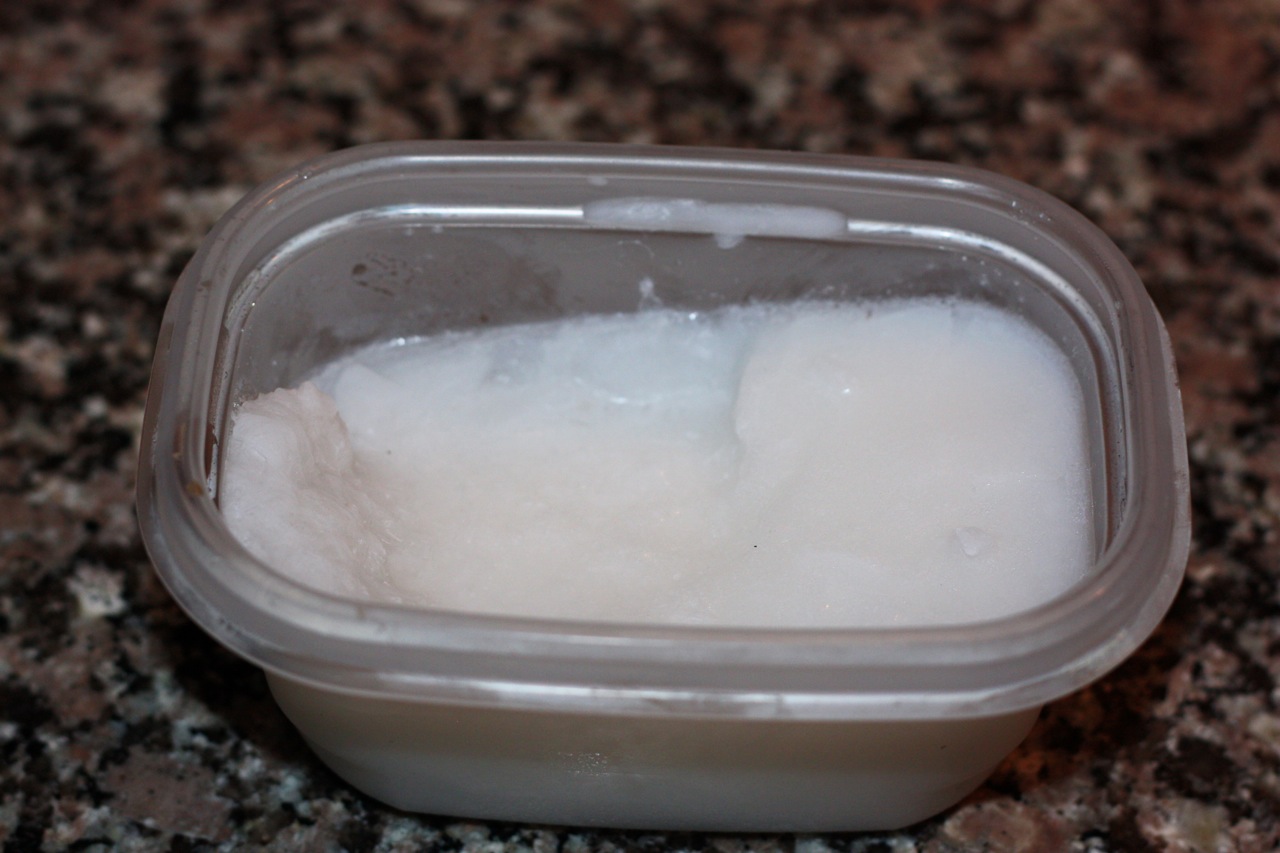 I just made a small batch…enough for 2 but you can easily double or triple the recipe…just freeze up more coconut milk!