When someone asks if you would like to attend a conference in Huntington Beach, California…you say, YES, just because it is a VERY beautiful place to visit!

When the conference entails discussions about the latest research about the relationship between the intestinal microbiota and gastrointestinal disorders…it’s a double win. 🙂

This past weekend, I was fortunate to attend the Gut Microbiome Conference 2015, an exciting 1 1/2 days of learning about one of my favorite topics presented by some of the world experts in the field of gut microbiome research including: Peter Turnbaugh, PhD; Gary Wu, MD; Mark Riddle, MD, drPH; R. Balfour Sartor, MD, Sarkis Mazmanian, PhD; Mark Pimentel, MD and many other esteemed researchers. 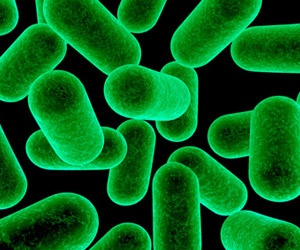 Gut Microbiome 2015 was an educational conference geared toward health professionals. The conference was presented by the GI Health Foundation, a  non-profit educational organization dedicated to increasing awareness of the effect of gastrointestinal disorders in the US. The foundation’s goal is to provide health professionals with the most current education and information on gastrointestinal health.

So here is a little recap for you with a little extra details added in an attempt to pull it all together for you:

The human body contains trillions of microorganisms — outnumbering human cells by 10 to 1. The microorganisms are so small but are estimated to make up about 1-3 percent of your body weight. For a 150 pound person that would equate to about 4 pounds of microbes! Yowza!  The more I learn about these little ‘bugs’ the more I realize how their capabilities are truly quite complex. They have been on Earth and evolved a lot longer than humans.

The intestinal microbiota is a complex community of bacteria, archaea, yeast (fungi) and viruses that live in our GI tract. There are 300-1000 different species.  David Underhill PhD spoke about the fungal microbiome and emphasized how little we know about the fungi that reside in our gut.  Fungal DNA is harder to extract as it is encased in a cell wall that is more difficult to degrade. This makes categorizing fungi a bit more challenging.  Fungi are large compared to bacteria… about 50 times bigger! It is estimated that 50-69% of individuals with Crohn’s disease have circulating antibodies to yeast. A similar finding is found with individuals with celiac disease suggesting that immune related small bowel inflammation may correlate somehow with the fungal antibodies.

When it comes to our gut microbes, its all about balance. We all harbor some pathogenic microbes in our intestine and it’s believed that they keep the good microbes in check.  But it is not just about what kind and how many microbes reside in our intestine, research is leading us to look more at what these microbes are doing.  Looking at the numbers and types of bacteria can provide some answers, researchers do this with by sequencing the bacteria in the gut via 16S rRNA profiling, this technique is used as a biomarker and is also known as 16S ribosomal RNA (genes found in all bacteria and are necessary for life.)  The 16S rRNA testing helps identify the community BUT not about their functionality. To see what the microbes are doing or what metabolites they are producing, researchers look at the metabolome (the full complement of metabolites present in an organism in a particular physiological or developmental state.)

Some interesting points made at this conference:

Many researchers that presented had a particular interest or expertise in inflammatory bowel disease (IBD). There was a fair amount of discussion on the potential relationship with our gut microbes and their role in the advent of this condition.  A few topics reviewed about the IBD and microbial connection:

IBD is presumed to occur like a perfect storm: if you are genetically susceptible for IBD, acquire some gut microbial alterations that may trigger an altered immune response, and/or have an environmental trigger (poor diet, stress) you can develop this inflammatory condition. A similar stage of events can lead to the onset of celiac disease too.

A distinctive feature of B. fragilis is the large proportion of the genome is devoted to carbohydrate metabolism, including the degradation of dietary polysaccharides (long chain carbohydrates) and the production of surface capsular polysaccharides.  Research has shown that B. fragilis can protect animals from experimental colitis induced by Helicobacter hepaticus, a commensal bacterium with pathogenic (disease causing) potential. This beneficial activity requires the single microbial molecule (polysaccharide A, PSA). In animal studies, animals that harbour B. fragilis that do NOT express PSA, H. hepaticus colonization leads to disease and pro-inflammatory cytokine production in colonic tissues. This study can be accessed here.  PSA has been shown to reduce inflammation in the central nervous system, as well and may lower risk of colon cancer, multiple sclerosis and colitis. We know inflammation is a hallmark of many diseases. So as you can see by this example it is important to look beyond the simple presence of a microbe in our gut but rather understanding its activity, function or capabilities.

Mark Riddle reviewed an interesting study found here about use of green bananas which are rich in resistant starch in children with severe diarrhea and Shigella infections. The green banana improved symptoms. Resistant starch is a prebiotic, food for our gut microbes.

Another key point from the conference was that microbial composition differs in association with disease states such as IBS, IBD, fatty liver, obesity and diabetes and the mucosal microbes appear to be more related to the disease state that the microbes found in stool. Microbes find niches in the GI tract in crypts in the colon and or in biofilms and these bacteria might not even be present in stool studies.

Different events and or conditions can alter our gut microbiota as seen during pregnancy particularly in the last trimester, illness, antibiotic use, bout of food borne illness, detrimental lifestyle (stress, poor diet.)  We are seeded by different bacteria depending on whether we were born by c-section or vaginal birth and these differences can impact health later in life.  If we over sanitize (the hygiene hypothesis) this might be detrimental to our gut microbiata and if we live on a farm or have pets it might be beneficial to our gut microbial populations and future allergy risks.

Imbalance of our gut microbiota is called dysbiosis and some consequences are:

One mice study revealed consumption of raw tubers had an antimicrobial effect. And other research has shown honey to have anti-bacteria properties.

What should you eat to better your microbiome? The reality is, this science and these microbes are very complicated. And the truth is, we can’t say with certainty what is the best diet to boost the health of you and your microbiome.  I believe that the future will combine genetic testing with those of our gut flora and have targeted diets, especially for those who suffer with GI issues. I don’t think there is a one size fits all approach to this.  I am sure there will be some general recommendations for a healthy microbiome diet including eating adequate fiber, modifying animal fats and eating a diet that is anti-inflammatory (anti-oxidant rich, monounsaturated and omega-3 fats such as olive oil,nuts, seeds and fish) perhaps even a personalized prebiotic and probiotic mixture?! Eating more whole foods vs. products is key too. Perhaps even greater use of fecal transplants for those challenged with GI disorders.  Fecal transplants have been used very successfully for individuals that suffer with C. diff infections.  For more on this topic, check out my Harvard Medical School Probiotic Gut Microbiome conference post here.