by katescarlata on December 10, 2015
Jump to recipe

This stuffed bell pepper recipe is filling, healthy and family friendly (and of course, low FODMAP!)

I made this recipe last week when I knew I would be rushed at dinnertime.  I infused flavor to the ground chicken via chopped fresh rosemary, a little celery (don’t worry, I kept it under the Monash U limit per serving), garlic infused oil and diced tomatoes. Oh….and I topped the bell peppers with a little extra shredded cheddar to give it some melted cheesy goodness. 🙂 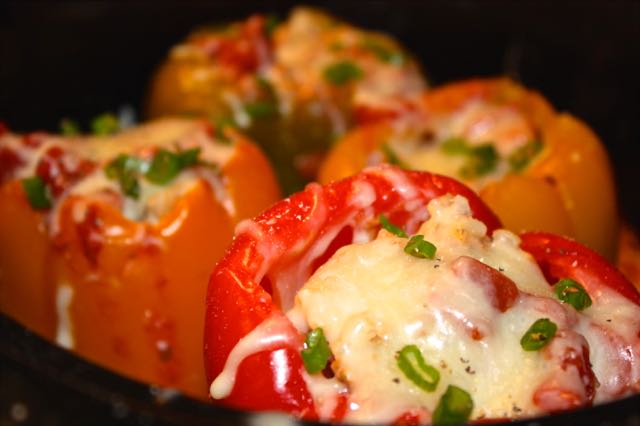 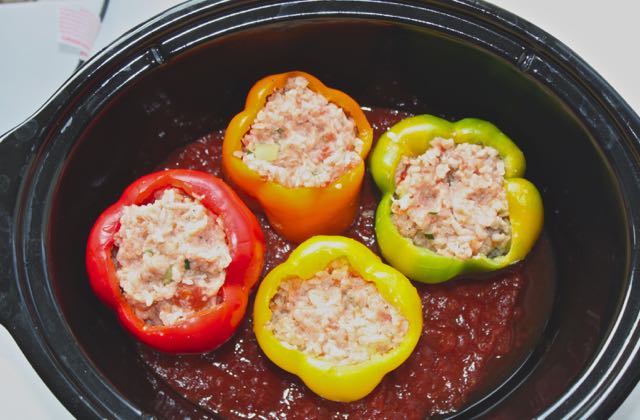 This recipe was a big hit…and a welcomed flavorful low FODMAP meal on a busy evening!

Ready to dive in?… 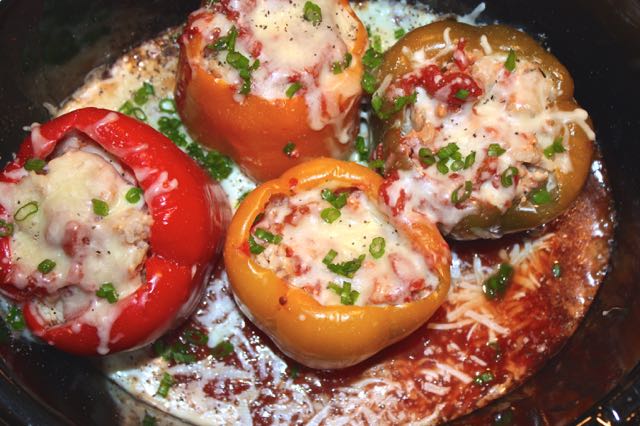 For a Greek inspired Stuffed Bell Pepper–see recipe option at the end of the recipe post….which includes feta, Kalamata olives and fresh oregano!