It’s still officially summer, but I broke out my slow cooker today.  I think about slow cooker meals as an essential for the fall and winter ….so I am getting a bit of a jump start! 🙂

I tossed some chicken tenders, diced tomatoes, cumin, chipotle chili powder and 2 of my farm share bell peppers….a red and yellow one, diced up. 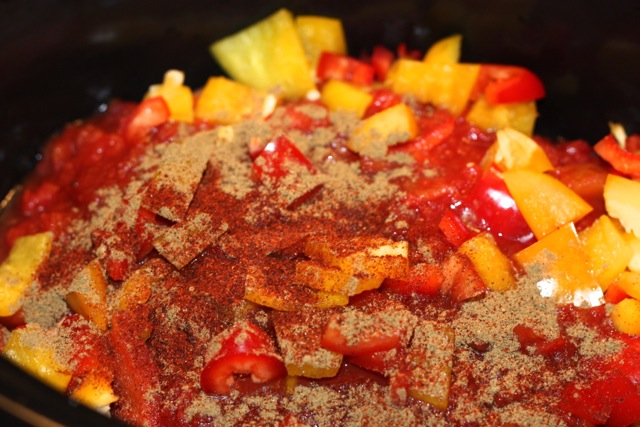 I put the slow cooker on high heat and headed off to work for an afternoon client. (Could put on low heat for a bit longer if you desire!)

When I got home, I shredded up the chicken with 2 forks. Using a slotted spoon to remove some of the tomato juice, I topped a heaping spoonful of the chicken mixture on a tostada shell along with some shredded cheddar and baked until melted.

I added a few sliced green scallions, 2 slices of avocado and cilantro…to jazz them up!  Food is meant to be jazzed up, right? 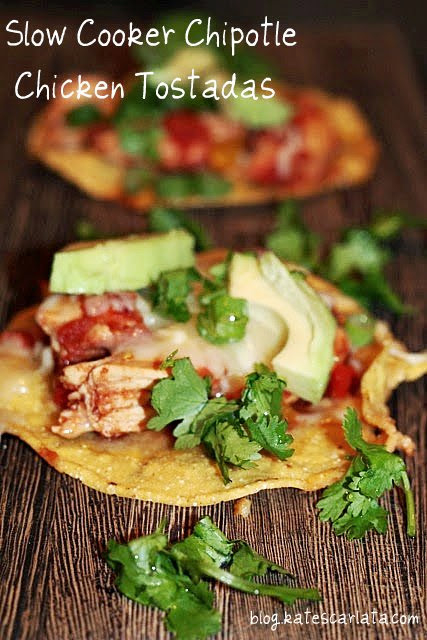