by katescarlata on February 1, 2012
Jump to recipe

Have you ever seen chia seeds soaked in almond milk? It looks something like this… 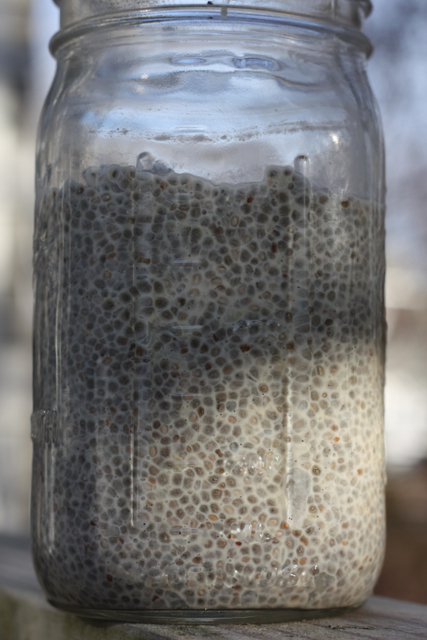 Chia seeds are edible seeds that were once part of the Aztec and Mayans diets.  They are loaded with heart-healthy, omega 3 fats and bone loving calcium.  And along with their nutty taste,  they are a rich source of fiber and magnesium too!

I love the way these little seeds puff up and create a tasty pudding with little effort.

My first try of chia pudding was a bit of a flop.  I soaked the seeds in water and coconut butter with a dash of cinnamon and vanilla.  It tasted pretty good but it was just a bit too “chia-y” for me.

BUT… I really wanted this recipe to work so I thought I would try adding a bit of brown rice and some almond milk to the mix….and I got it right the second time around.

I used a canning jar to mix the ingredients because you can see the pudding being created before your eyes!  How cool is that?

To ensure the chia seeds blend well you will need to shake the jar a bit.  Having a top on the canning jar makes this job a little less messy too. Ha! 🙂

I gathered all my ingredients… 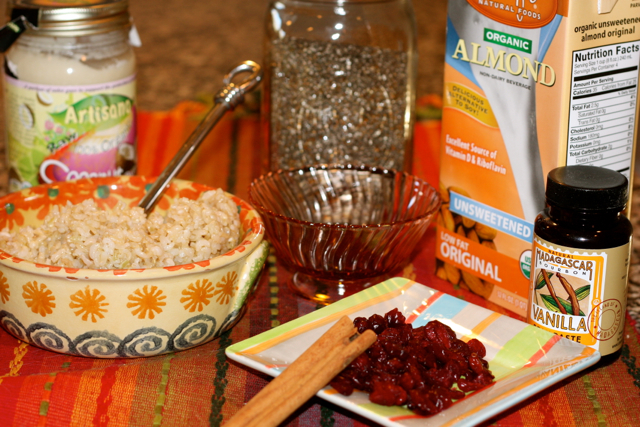 I start with some almond milk, cooked brown rice, pure 100% maple syrup (can sub in maple sugar too), some vanilla extract, a cinnamon stick and added some chia… 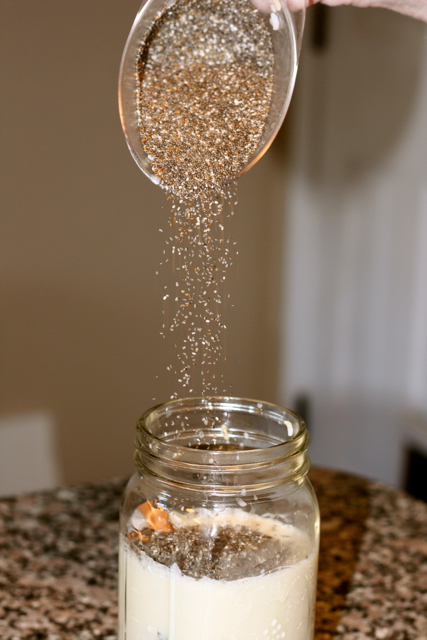 Then….I added a dab of coconut butter, which is completely optional but I just bought some recently and wanted to try it.

Shake up the mixture and pop in the fridge to “puddinize” the mixture. 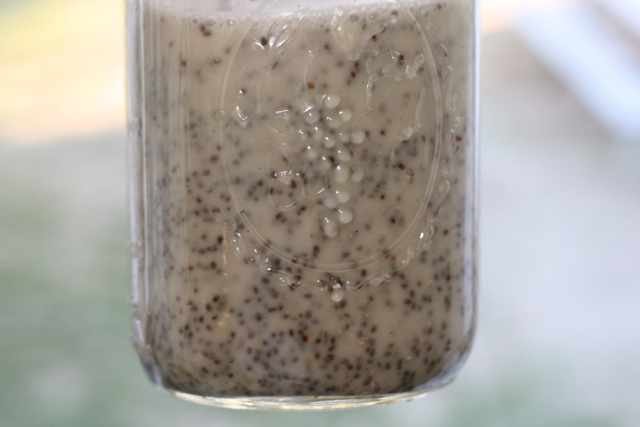 The mixture becomes like pudding consistency in about 1 1/2 hours.  At that point, you can scoop out some pudding and eat it cold with some dried cranberries (FODMAP limit 1 tablespoon per serving), almonds and a smidge of coconut….or heat in the microwave to create a warm pudding dish.

I decided to go cold…Mmmmmmmmmm….. 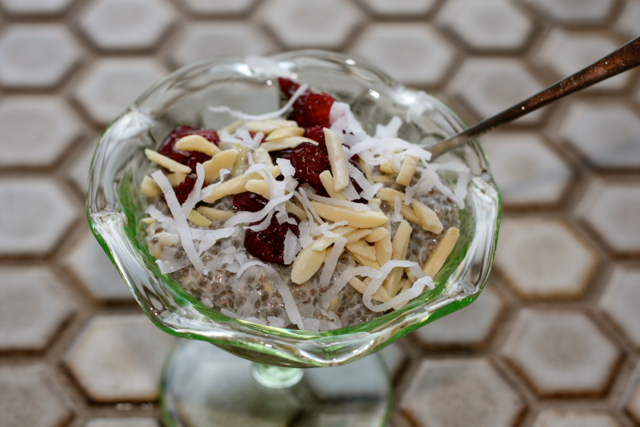 9 replies on “Rice and Chia Pudding“