I bought some sorghum today.  I don’t say that phrase too often.  In fact, I have never said that before!

Have you heard of sorghum?  Sorghum is a gluten free grain that originated in Africa.  It’s a hearty grain, somewhat chewy, that can be made into a grainy salad mixture. 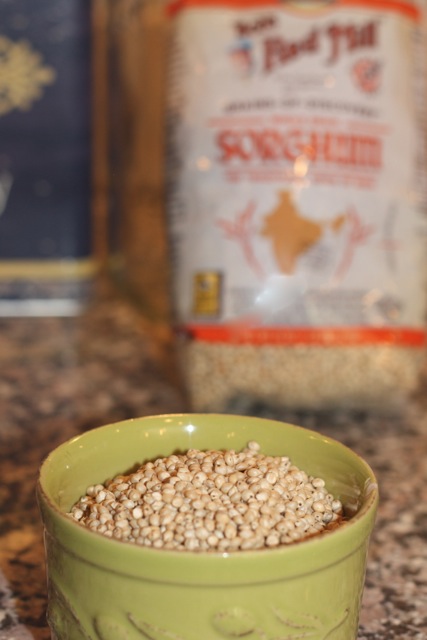 When I first laid my eyes on sorghum it was at a gluten conference and the vendor was selling popped sorghum.  In fact, sorghum can be popped like popcorn. Today, I chose to cook it in a brown paper bag 1/4 cup for about 1 1/2 minutes in the microwave. (timing varies depending on your microwave) 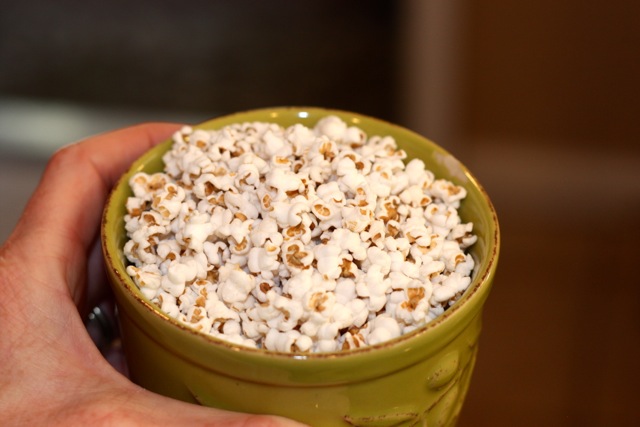 Here it is, next to popped corn! 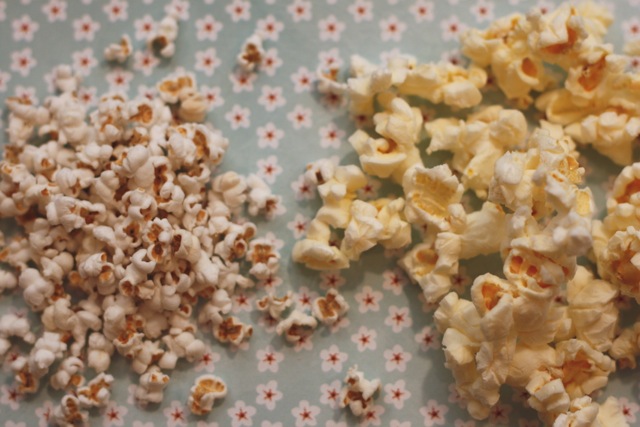 Since corn allergies are not so uncommon these days….sorghum makes a nice alternative to traditionally made popcorn.

So in addition to popping sorghum today (sounds like maybe I have too much time on my hands, huh?), I whipped up a sorghum salad too.  Hey, what the heck.

This is based on the recipe right on the Bob’s Red Mill bag a curried sorghum salad. 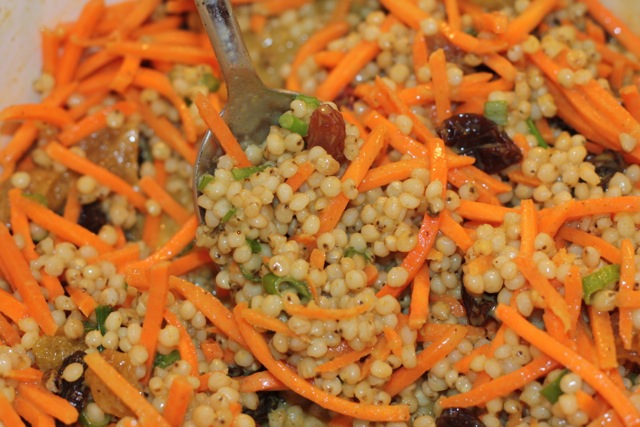 As usual, I did play around with a few ingredients, but really not too many.  I really like the texture of the salad, but honestly was not a big fan of the curry mixture.  I definitely will try sorghum again, and I hope you will give it a go too.

Sorghum is lower in FODMAPs than spelt but has more FODMAPs than quinoa–so enjoy but don’t eat a huge amount at one sitting. The texture reminds me a bit of  Israeli Couscous- so if you have a favorite couscous recipe trying substituting sorghum.

So stand by, I will try my hands at sorghum salad again….and will most definitely have a recipe to share for you!