Have You Heard of Amylase Trypsin Inhibitors?

In 2013, at the International Celiac Symposium hosted in Chicago, Illinois, I had the pleasure of hearing Professor Detlef Schuppan, MD, PhD from Germany, Director, Institute of Translational Immunology at University Medical Center of the Johannes Gutenberg University speak about a protein found in wheat, barley and rye, called Amylase Trypsin Inhibitors (ATIs).  At that time, I had never heard about ATIs but now there is a growing number of articles linking ATIs to wheat intolerance and potential gut inflammation.

ATIs are present in many plants. They make up about 4% of the wheat protein, act as pest resistance molecules (they inhibit the enzymes of meal worms and bugs) and are a group of 17 proteins.

But…before you swear off wheat, please read on. And truthfully, it appears most people can eat wheat without issue. But there is a small subset of individuals that may benefit from a reduction in wheat or avoidance altogether.

This article below provides a great review. 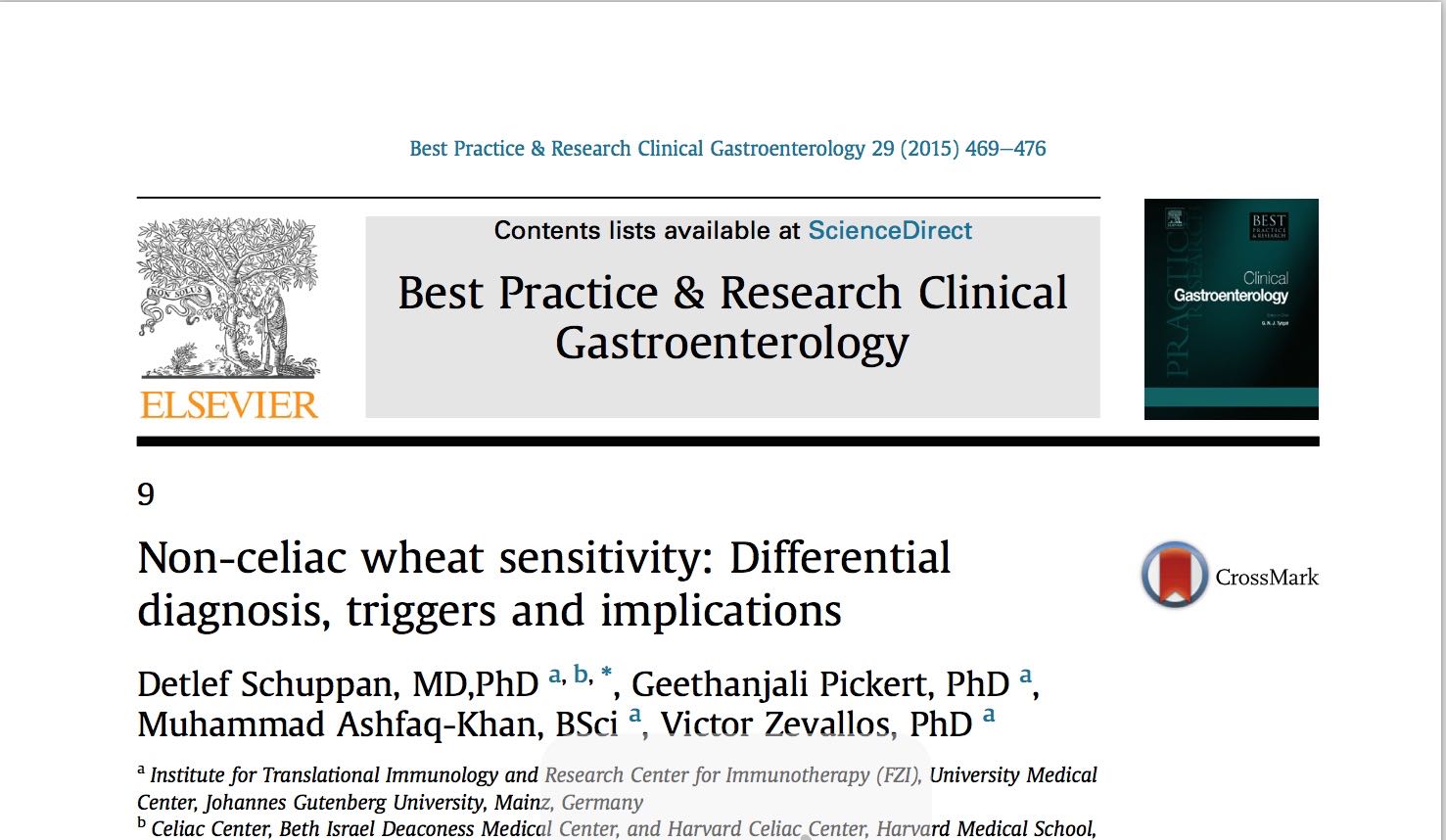 As you may know, gluten sensitivity also known as non celiac gluten sensitivity (NCGS) or more recently called non celiac wheat sensitivity (NCWS) is a condition with both GI and non GI symptoms related to the intake of wheat that occurs without the presence of celiac disease. Celiac disease is an immune-mediated condition induced by dietary gluten in genetically susceptible individuals. There is no biomarker or diagnostic test for NCWS. Patients with NCGS/NCWS often have symptoms that mimic those present in IBS.

There is a growing body of science revealing a complex interaction between food, the gut microbiome and IBS. Of those foods commonly described as IBS triggers carbohydrates, gluten and wheat top the charts.

Wheat is a complex grain–made up numerous types of carbohydrates, proteins and fats. For most people, wheat is well tolerated in the diet and there is no reason to restrict eating it. But, for some individuals, eating wheat is associated with gastrointestinal (GI) and outside the GI tract symptoms, including: brain fog, headaches, anxiety, and more… and the ATI component of wheat may be part of this picture.

How do ATIs play a role in wheat intolerance?

ATIs proteins found in wheat (and also barley and rye) appear to cause symptoms directly by targeting certain pro-inflammatory receptors and indirectly by reducing the activity of digestive enzymes in the gut. Impaired digestive enzyme production allows accumulation of undigested protein with potential immune-activating properties. The ATIs in gluten containing grains (wheat, barley and rye) appear to be the primary ATIs to initiate immune activation. For this reason, a gluten free diet is basically ATI free.

Innate immunity involves your body’s first or early arriving defense mechanism that attacks an antigen (a foreign substance that induces an immune response) that appears in the body. The defense mechanisms include our skin, immune cells that attack foreign invaders, as well as chemicals in the blood.

The adaptive and innate immune system often act together, chemicals in the blood help them communicate with each other to coordinate there response to any ‘foreign’ substance.

Wheat allergy might affects up to ~2% of the population and risk of wheat allergy increases as we age.

Let’s break down the components of wheat that might be associated with wheat intolerance. Wheat contains fructans. Those of you that follow the low FODMAP diet are well aware of these water-soluble fibers that are rapidly fermented by our gut bacteria. There are noted health benefits of fructans. Fructan intake has been associated with increasing probiotic microbes in our gut. But, also, as you well know, when fermented can induce painful gas for those with a sensitive gut.

Wheat also contains gluten, a protein that initiates an immune reaction in those with celiac disease, an immune driven disease. Celiac disease impacts about 1 in 133 Americans and it is increasing in prevalence. Wheat gluten may play a role in IBS symptoms as like ATIs, it is insufficiently broken down by our digestive enzymes and the intact gluten may initiate an innate immune reaction.

Wheat also contains wheat bran, an insoluble fiber that adds bulk to our stool. For those with IBS, wheat bran is commonly not well tolerated. This intolerance may be partly due to the fact it is indigestible and may mechanically stimulate and aggravate the gut lining.

Wheat germ agglutinin (WGA) is another plant protein found in wheat that may initiate an inflammatory immune reaction in the gut.

And as I have been discussing, wheat also contains amylase trypsin inhibitors. ATI content varies among modern gluten-containing grains. Determining ATI content in gluten containing grains is currently under investigation in the research setting. Some modern wheat has been shown to have levels of immune-activating ATIs that were as much as 100-fold higher than in gluten-free grains. Baking or processing does not lessen the ATI immune effects. Most older wheats such as Emmer or Einkorn have been shown to have less ATI immune activity.

Einkorn, pictured below, is an ancient wheat grain, and may contain less ATIs. 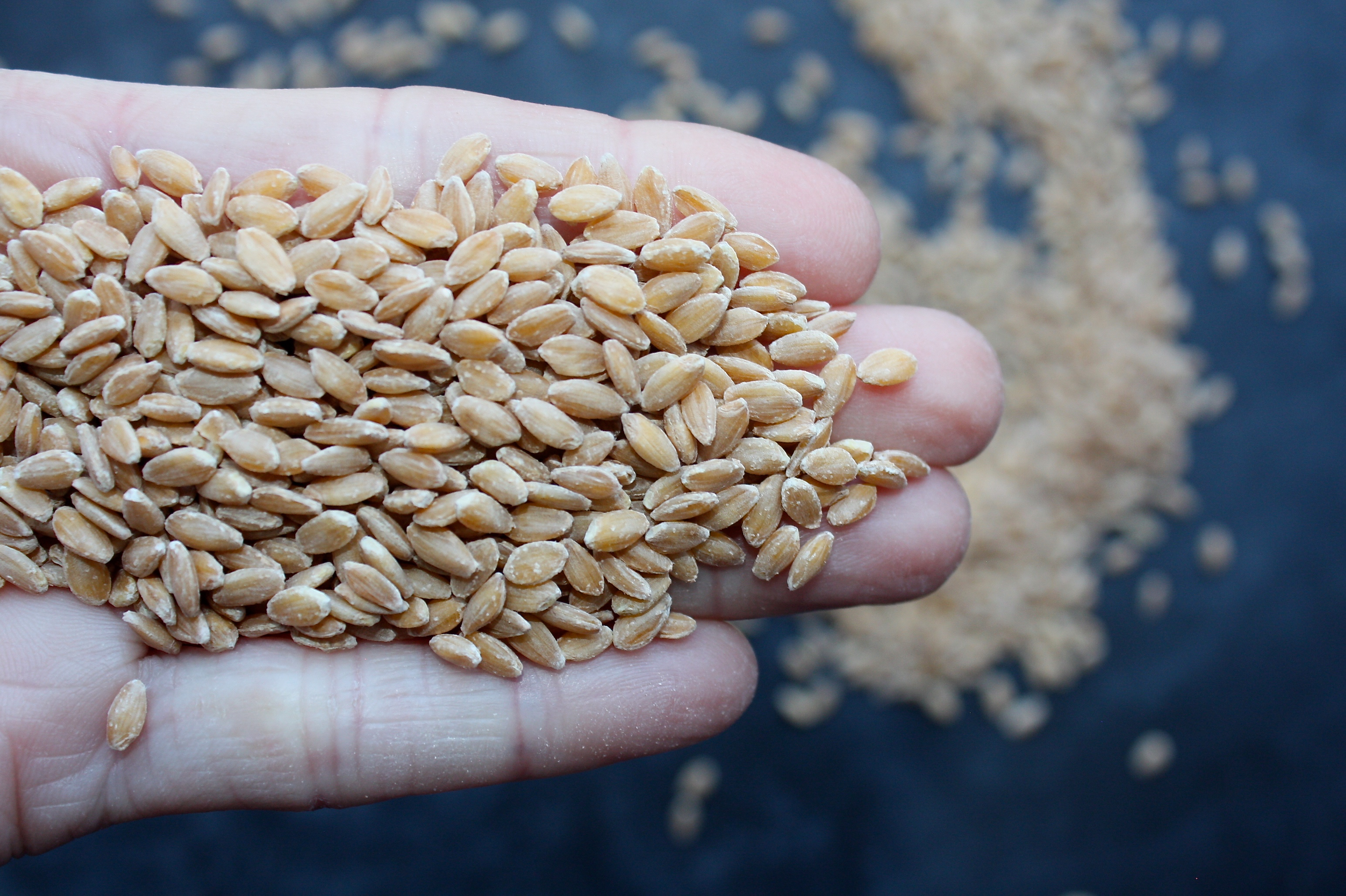 For Those with Pre-existing Autoimmune or other Inflammatory Diseases

The majority of individuals consuming wheat should not experience any symptoms. For those with autoimmune conditions or pre-existing inflammatory conditions, adding ATIs might aggravate these conditions. Unpublished animal studies show when chronic inflammation exists, exacerbation of disease occurs with modest ATI intake.

Avoiding wheat products and going gluten free may reduce your intake of fiber, folate, niacin, vitamin B12, vitamin E, vitamin A, phosphorus, calcium, zinc, and selenium–most gluten free foods lack the enrichment of vitamins and minerals found in wheat based foods. Always consult with your health care provider before embarking on any nutritional change. I highly recommend working with a registered dietitian with digestive health expertise when experiencing food related symptoms to offer proper guidance.

Q and A with Dr. Detlef Schuppan

I asked some of my burning questions about ATIs to Dr. Detlef Schuppan.  Here are a few of his quick answers to my questions:

Kate:  Do you think ATIs may be more prevalent in the US based wheat products?  So many of my clients can tolerate wheat products in Italy, for instance, but when they return to the States, can not tolerate them? Any thoughts on this discrepancy?

Dr. Schuppan: Could be – there is a wide variation of ATI content among different modern wheats – we are just investigating hundreds of wheat varieties.

Kate: In your expert opinion, who should avoid modern wheat products? Should this be a recommendation across the board? Or, simply for those with wheat intolerance or history of autoimmune conditions?

Dr. Schuppan: For now, only for the latter two.

Kate: What is your lab researching currently in this area?

14 replies on “Have You Heard of Amylase Trypsin Inhibitors?“