Hello Friends! I know I throw many acronyms around this blog all the time, but I want to be sure you understand today’s topic is primarily about inflammatory bowel disease (I.B.D.) and not my usual topic, irritable bowel syndrome (I.B.S.)! Although, IBS will be weaved throughout this post, I just wanted to be clear up front… so you are not confused. 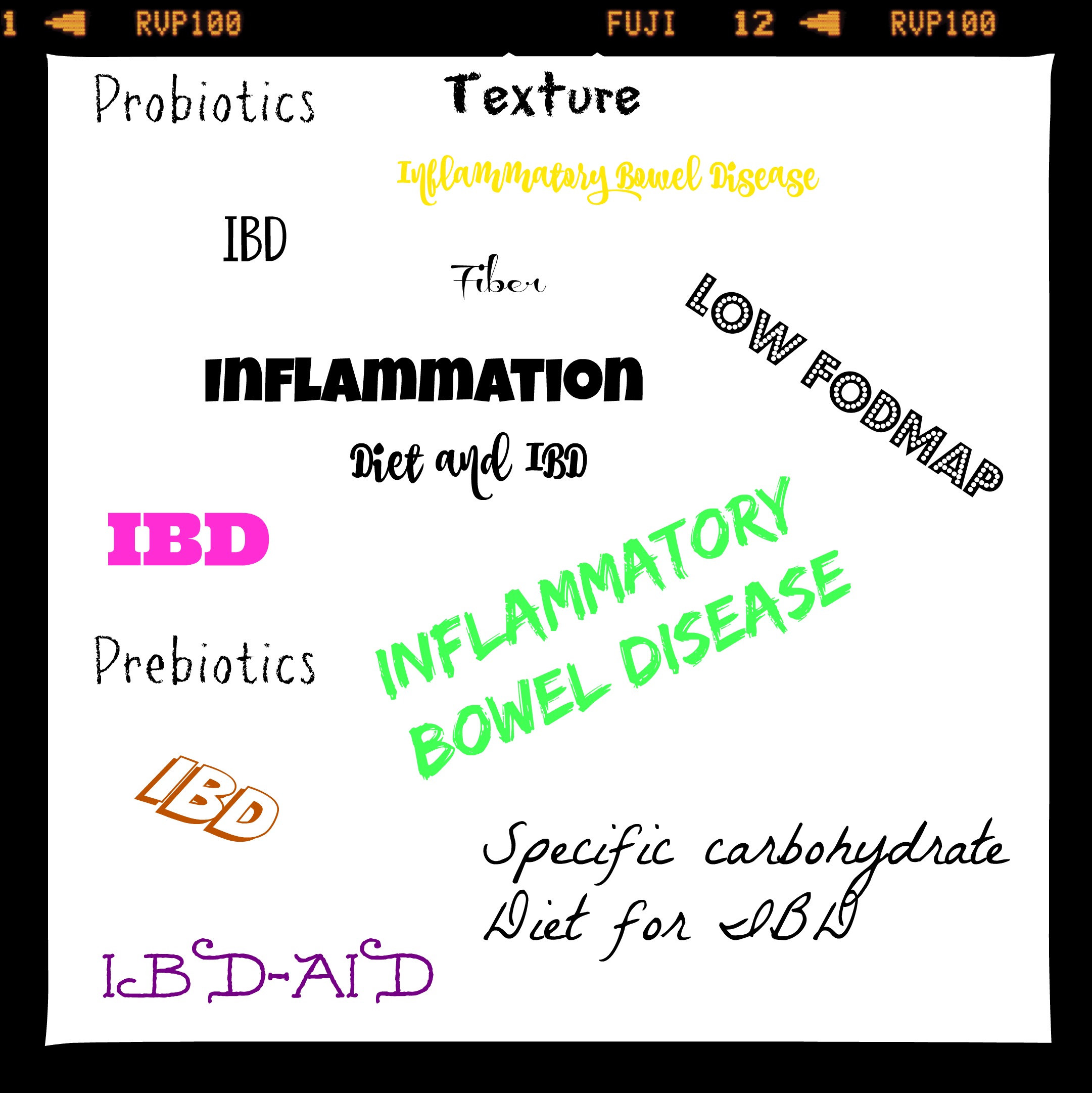 Inflammatory bowel disease (IBD) is a chronic immune disorder that presents with inflammation of the digestive tract; two forms include: ulcerative colitis and Crohn’s disease. Crohn’s can strike any part of the digestive tract while ulcerative colitis occurs only in the colon. IBD symptoms may include severe diarrhea (w/ blood and mucus), pain, fatigue and often weight loss.

The incidence of IBD is increasing globally and may in part be due to the spread of the Westernized diet, which is high in fat, protein and low in nutrient rich produce. Food emulsifiers such as polysorbate 80 and carboxymethylcellulose commonly added to food products have also been implicated in gut inflammation.

There is little research on diet and IBD. I find this very surprising and disappointing. Prescription medications have taken the center stage for IBD treatment and while they play a key role for many patients, I am hopeful that nutrition will become an equally important part of the treatment. Although there are limited studies looking at the role of diet in IBD… thankfully, this is changing.

Today, I will briefly discuss, the SCD or specific carbohydrate diet,  IBD-AID, and the low FODMAP diet. Another IBD nutritional therapy with good efficacy is using enteral feeding products (exclusive enteral nutrition is an extensively studied, well established, and valid approach to the remission of pediatric Crohn’s disease) but I will focus today’s discussion on these 3 other nutritional approaches.

SCD: The Specific Carbohydrate Diet is a diet that was developed by Dr. Sidney Haas and popularized by the book, Breaking the Vicious Cycle by biochemist, Elaine Gottschall.  The SCD is a dietary approach that eliminates complex carbohydrates under the premise that they are not easily digested, feed pathogenic gut microbes, which in turn, produce inflammatory metabolites that injure and inflame the intestinal wall. The guiding principle of the diet is that undigested carbohydrates will over feed harmful bacteria and are thus eliminated from the diet. The diet is used as a strategy to starve the microbes and reduce inflammation.  The SCD commonly uses almond flour in recipes instead of grains. Also, as honey does not contain any carbohydrates that require carbohydrate degrading intestinal digestive enzymes, it is the primary allowed sweetener. The SCD has phases: individuals start with phase 1 and move up as tolerated. The SCD diet is a highly restrictive diet. A small retrospective study by Suskind et al.  reviewed medical records of 10 children & adolescents with Crohn’s disease treated with the SCD for a period of 5–30 months. Symptom resolution occurred in all patients within 3 months post initiation of the SCD. Stool studies for calprotectin, a marker of intestinal inflammation, normalized on improved significantly as well. (1)

Resources for the SCD diet can be found on the following sites:

The IBD-AID was derived from the Specific Carbohydrate Diet (SCD) but modified to include additional dietary components based on more recent novel gut microbiome research. Stool sample analysis has shown that IBD patients have alterations in their gut microbiome. Like the SCD,  IBD-AID has multiple phases too, depending on the stage of your disease. The first phase, for instance, includes only soft, well cooked foods without seeds and advances to a more liberal diet at phase IV.  There are 5 essential components included in the IBD-AID diet:

In a small retrospective case series, study participants following the IBD-AID had good success. All (100%) patients were able to discontinue at least one of their prior IBD medications, and all patients had symptom reduction including bowel frequency. (2)

Individuals who have with IBD often have an overlap of IBS symptoms.  Whether the IBS-like symptoms are due to subclinical relapsing IBD or more of an overlap of IBS, there is a cascade of IBS-like symptoms in a subset of IBD patients. One study revealed that about 39% of IBD patients experienced IBS. (3)  IBS-type symptoms were significantly more common in Crohn’s disease than in UC patients, and in those with active disease.  There have been a few studies showing symptom benefit of the low FODMAP diet in IBD patients. A small pilot study out of Monash University looking at the benefit of the low FODMAP diet in patients with IBD and IBS symptoms noted good compliance w/ the diet and improved symptom management. (4) Whether the low FODMAP diet modifies intestinal inflammation has yet to be proven, but University of Michigan researchers reported at Digestive Disease Week this year in one of their recent studies yet unpublished, that the low FODMAP diet reduced bacterial endotoxin (lipopolysaccharide or LPS) in a subset of patients with IBS-D (diarrhea predominant IBS).  LPS is associated with gut permeability and inflammation. Interesting science…stay tuned!

Caution! When NOT to use the full low FODMAP diet with IBD:

All three diets I briefly described today modify carbohydrates as one of their prime strategies to help decrease symptoms. Before you alter your diet, always check in with your health provider first! I do think there will be evidenced based diet therapies for IBD in the very near future. What we eat changes our gut microbiome and the gut microbiome is altered in IBD. Diet changes what microbes reside in our gut and what metabolites the microbes produce. Microbes ferment carbohydrates and produce short chain fatty acids. One of these SCFAs is butyrate, which is associated with colonic health. But perhaps there is too much fermentation occurring in IBD, resulting in too much acid in the intestine contributing to the inflammation? Perhaps microbes consume particular foods we can’t digest adequately and create inflammatory chemicals? Food is complicated and so is IBD. IBD is a complex disease with many underlying mechanisms contributing to its occurrence. Nutritional interventions can improve nutrient levels, pediatric growth, and bone health in individuals that suffer with IBD. My hope is that we find the least restrictive diet to allow for enjoyment of a variety of nourishing foods with the goal to reduce symptoms and inflammation in the gut. The answer is out there…and we will find it! Feel free to share your experiences with diet and IBD…we all learn from one another. 🙂