Anyone that has used fresh herbs in cooking knows that the flavor of your food POPS and makes almost any dish more special.  The same can be said when you get creative with dried herbs and spices. 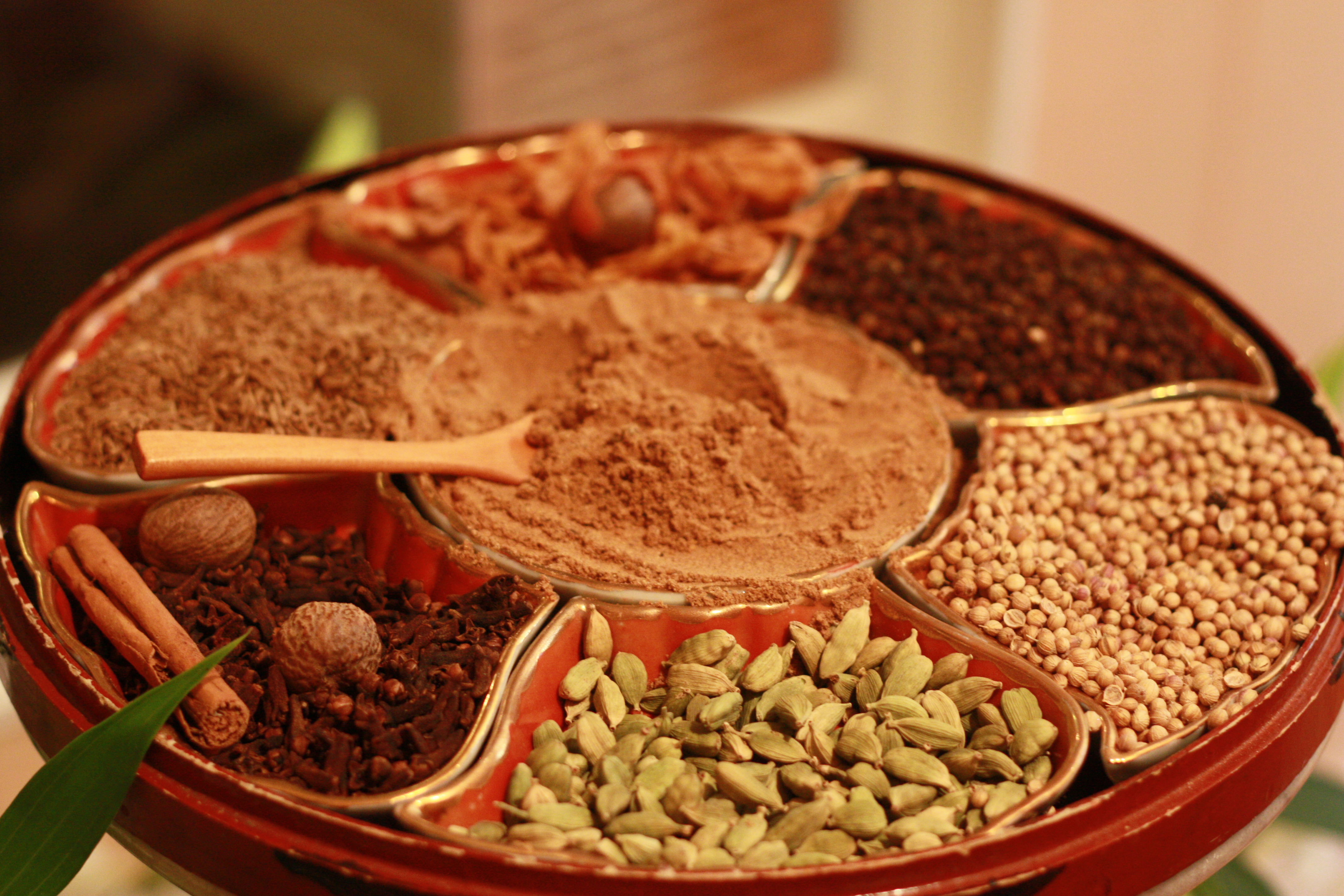 I love perusing magazines and online for interesting recipes.  Lately I have been drawn to recipes made with saffron, cardamom, and garam masala…all spices that I really don’t know much about BUT want to know more!  I think everyone should step outside their usual spice box, right?

Last week, while vacationing on Nantucket, I stumbled upon a new spice store in Nantucket called Ambrosia in town on Centre Street. The store had a bit of an old apothecary feel to it with a nice fresh scent of spices permeating the air.  Ambrosia has a whole wall dedicated to special spice drawers. Check them out! 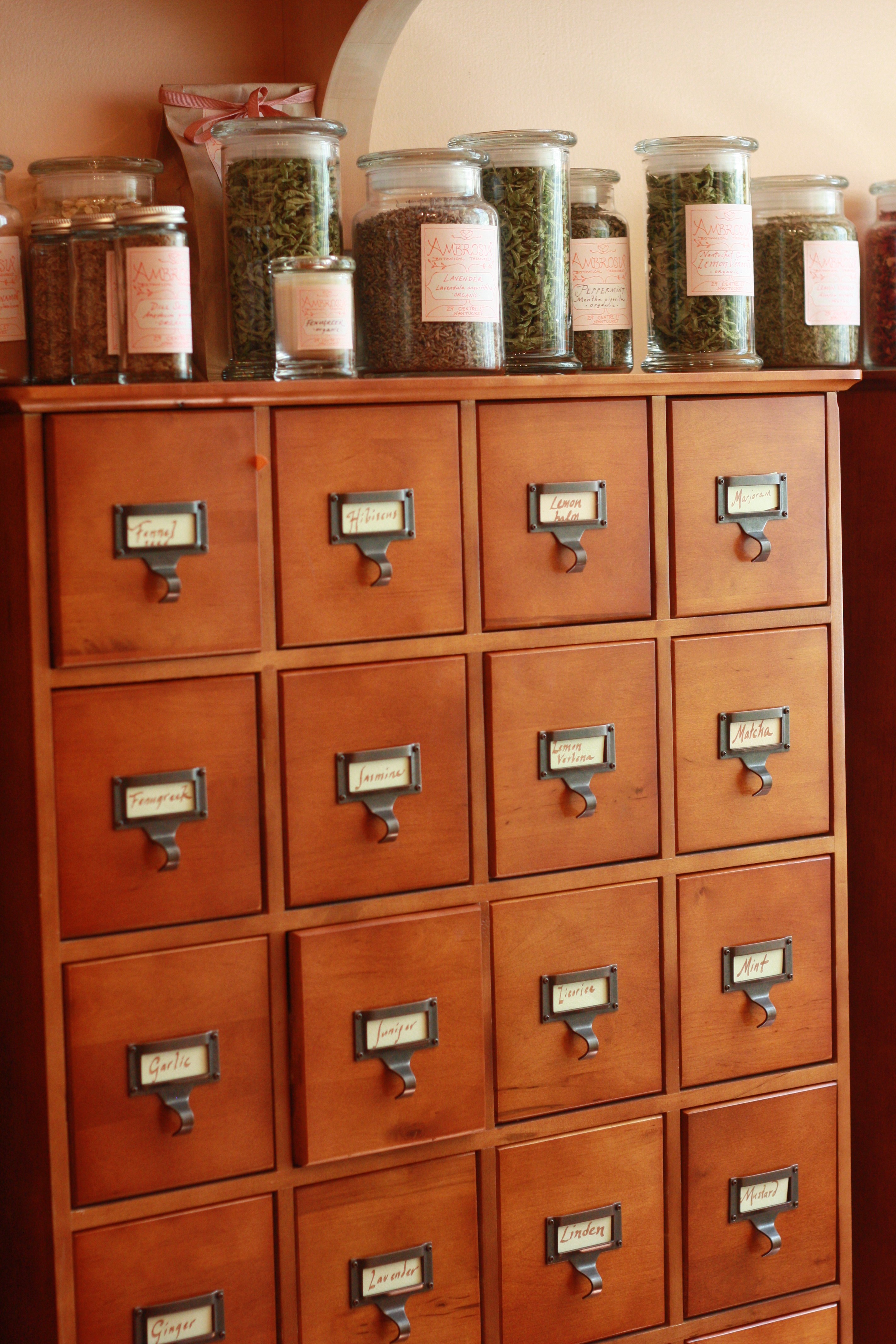 Each drawer was labeled a different spice and inside were samples to smell-clearly labeled with a gold seal with additional jars available for sale. The little drawers screamed, “Open me up!.”  How fun…I smelled lots of spices. And bought some garam masala. 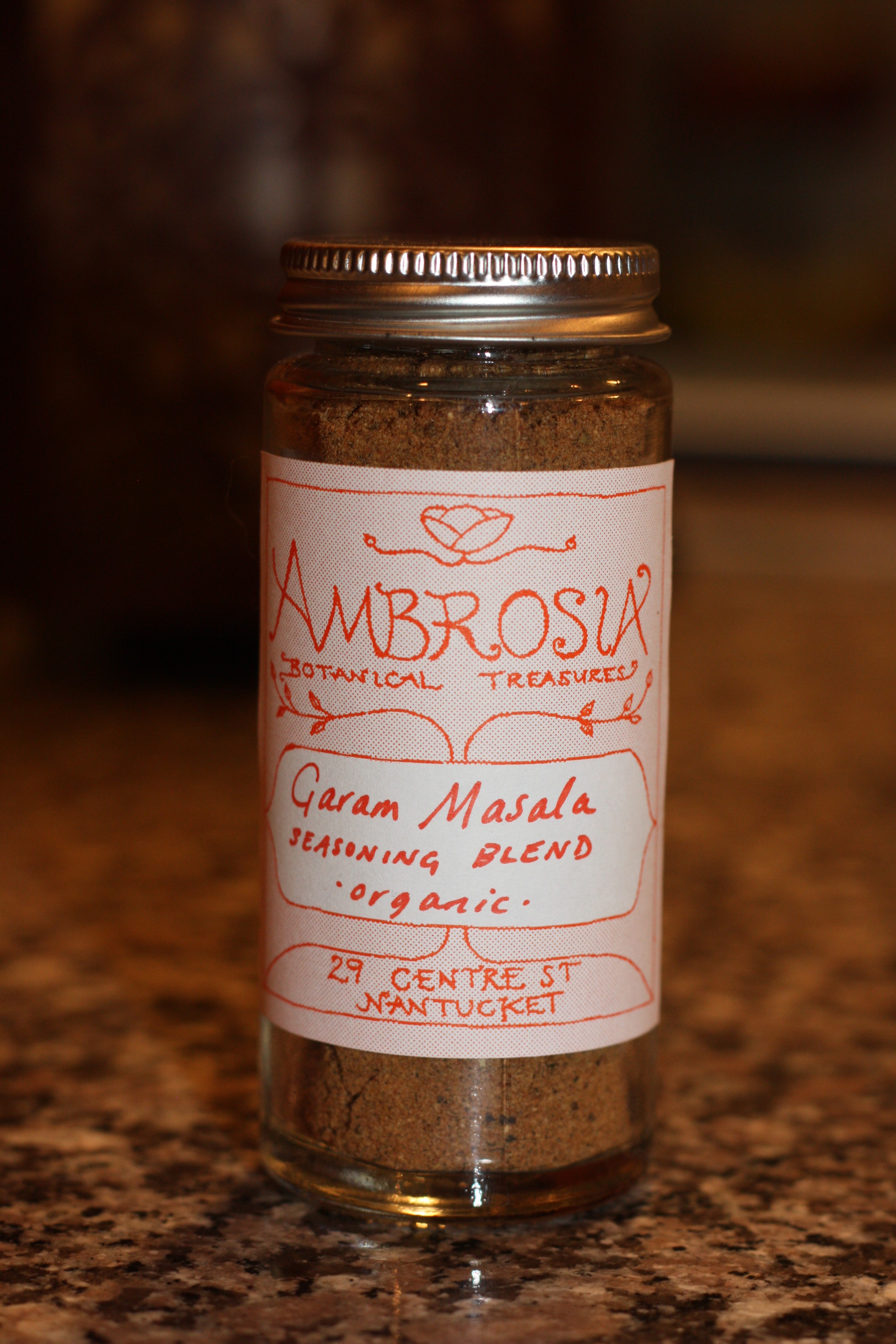 Spices not only add wonderful flavors to your favorite dishes but many have medicinal qualities too. Here’s a few of my latest spice interests and their many health benefits: 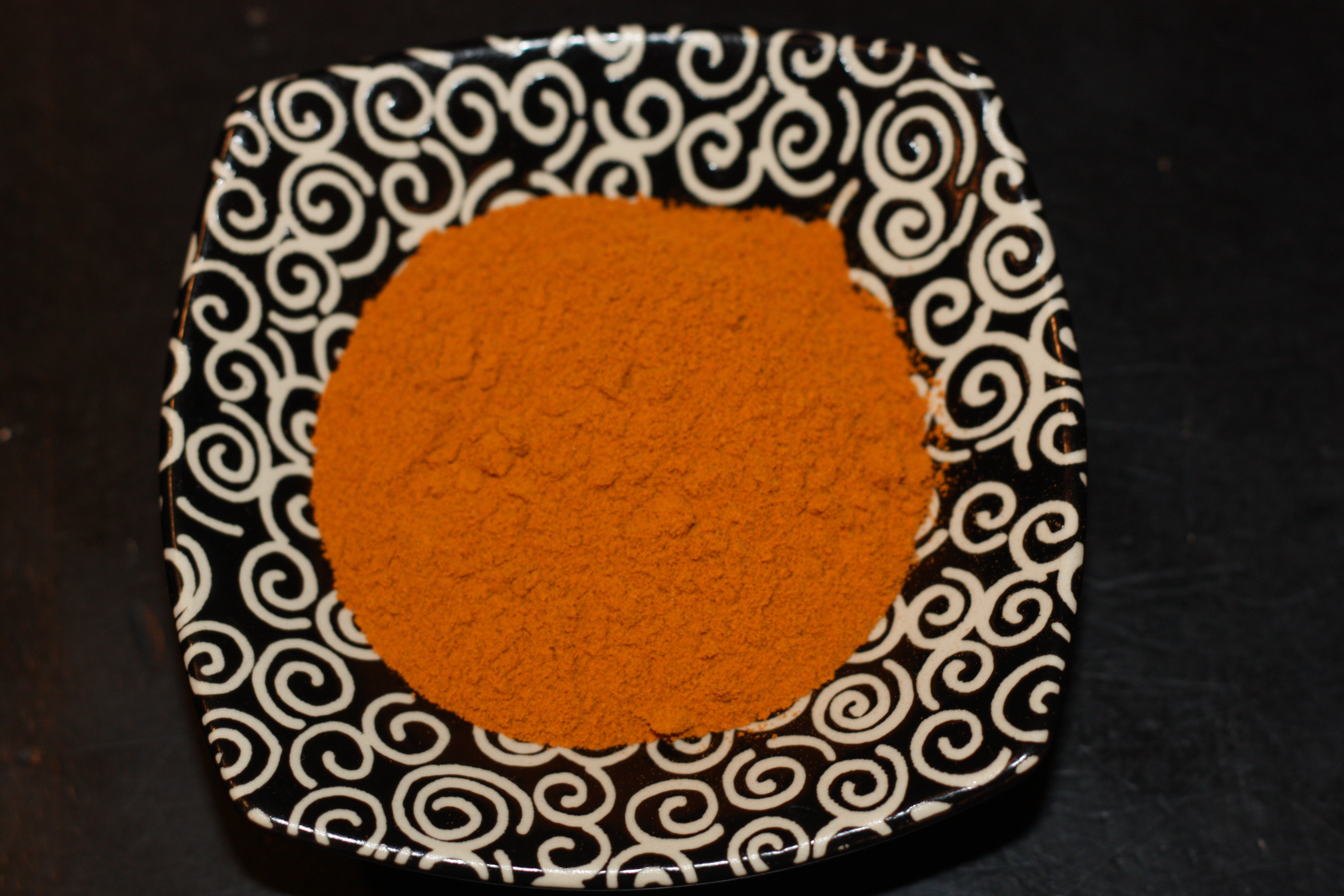 Tumeric is a bright yellow spice that is often used in Indian dishes.  My colleague Ann, introduced me to a wonderful corn dish that incorporates sautéed corn, olive oil, turmeric, cumin and cilantro and it has become one of our family favorites.  Tumeric has been used in cooking since 600 B.C.and it’s medicinal qualities come from curcuminoids which are also responsible for giving turmeric it’s yellow color. Tumeric is believed to function as an anti-inflammatory and may also have an anti-tumor/cancer effects. If you have ever enjoyed a curry dish, then you too, have had a bit of healthy turmeric.

Cardamom has a wonderful aroma to it, so… enticing! Cardamom can be purchased ground or in pods. Ground cardamom is not as full flavored as the pods. It’s best to use small amounts of this spice, in general, as a little bit adds a big punch of flavor. Believed to be a powerful digestive aid, cardamom is a key ingredient in Chai tea.  Cardamom is featured in my first photo, it’s the bigger green larger pod- size spice in the dish.

Garam Masala is a spice blend created with up to 12 spices including: black pepper, cinnamon, cloves, coriander, cumin, cardamom, dried chilies, fennel, mace, nutmeg and more. This mixture provides a variety of health benefits. Cinnamon is helpful for managing blood sugar levels and may help ward off pain in the joints as it has some anti-inflammtory compounds too. Cloves and cinnamon contain eugenol which has been know to help kill unhealthy viruses and bacteria. Cloves are also a source of manganese and import nutrient for bone health. Cumin is considered a natural remedy for allergies.

In all their aromatic glory, spices not only make your food a whole lot tastier, they likely will make it a whole lot healthier too!

So I bought my little bottle of Garam Masala and really wasn’t sure what to do with it.  But shortly after I purchased it I noticed a “recipe tweet” on my twitter feed from @chowandchatter  “eggplant chips with garam masala”  Now that sounded right up my ally…so when I got home, I picked up some eggplant (they are fresh and in season)… 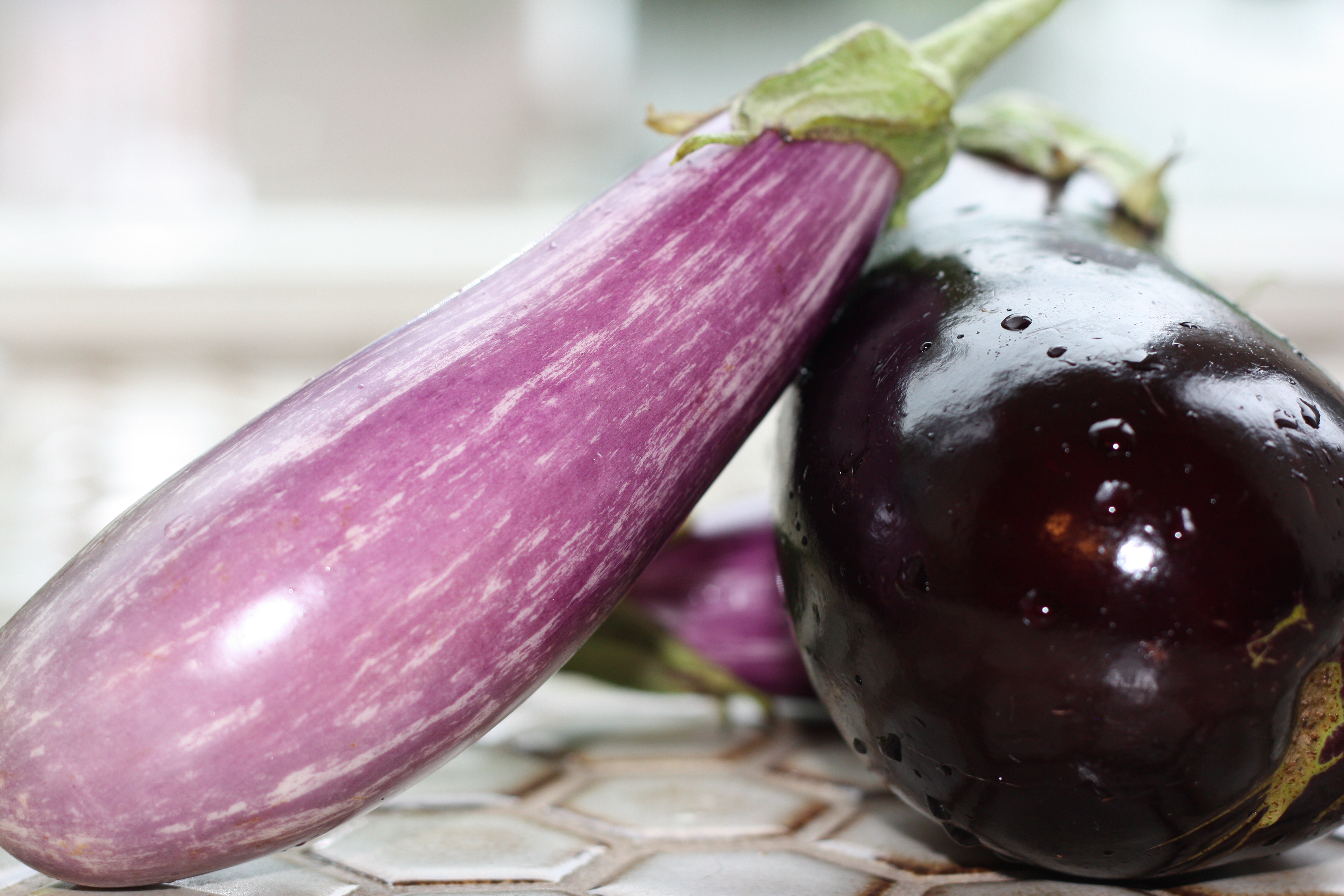 and whipped up some chips.  And they were tasty!  And my house smelled really good. 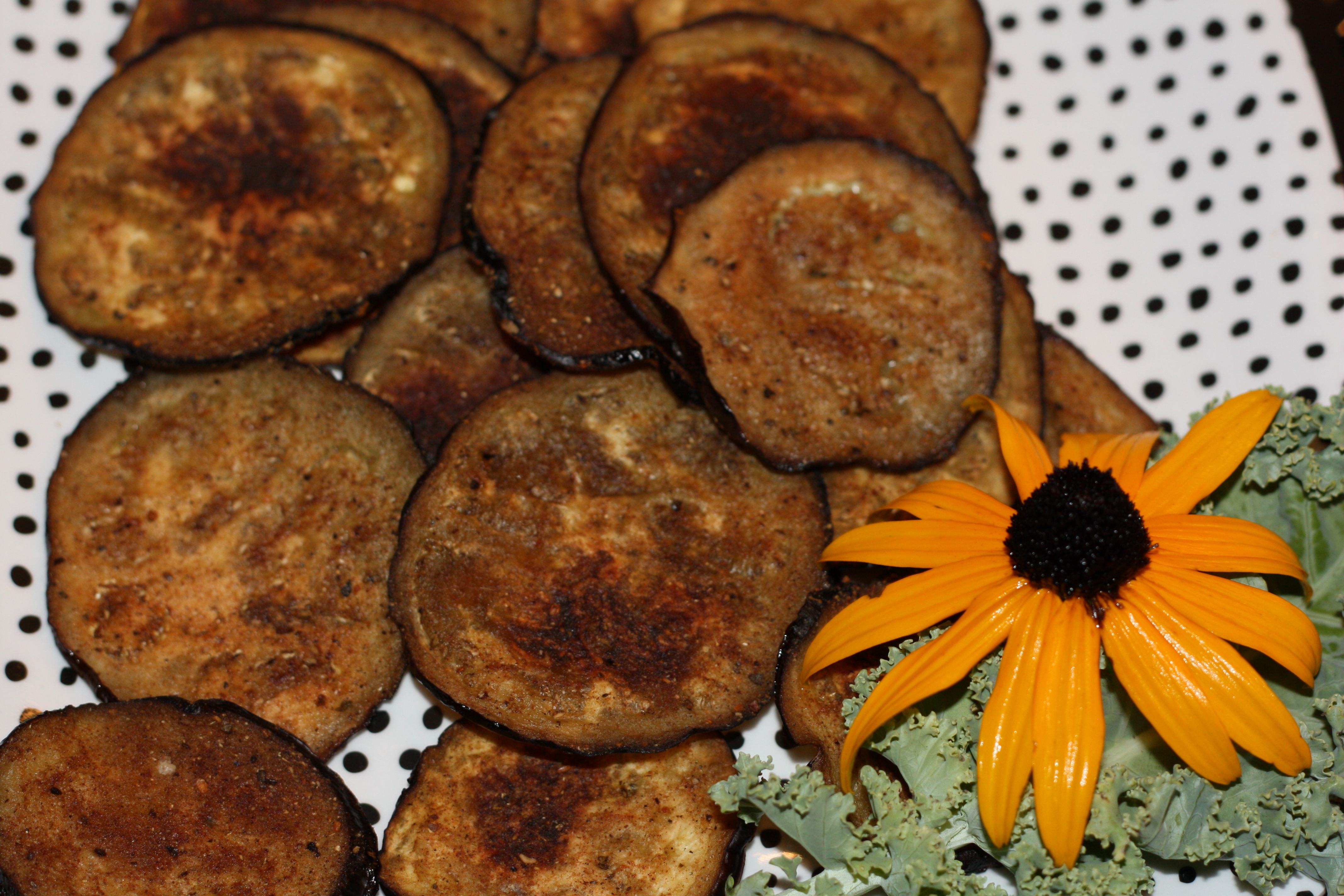 Do you have a new favorite spice to share? Any fun spicy recipes?